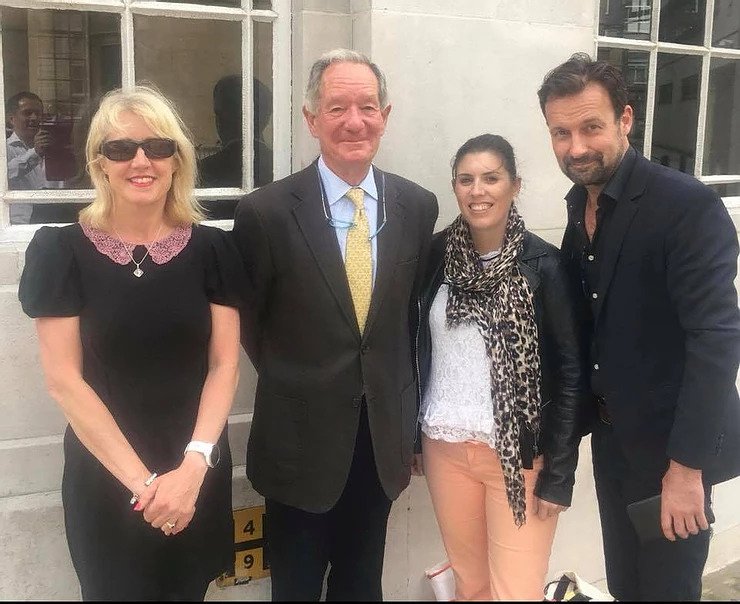 Brian and Gemma recently filmed with Broadcasting legend Michael Burke for Media Hubs 5th Birthday celebration which also coincided with Partners For Change Ethiopia campaign to save Gende Tesfa Breakfast Club. This campaign is to raise funds to make sure children have breakfast before school. Brian and Gemma traveled to BBC’s Broadcasting house in London to film and as a result for their work have become Ambassadors for the charity.

Michael Burke reported on the Ethiopian famine back in October 1984 and inspired Band Aid charity and Live Aid concert. He’s also known for programs including BBC’s 999, Breakfast, Nine O’clock news, The One Show, and ITV’s Britains Secret Treasures. In 2014 Micheal was a contestant on I’m a Celebrity….Get Me Out of Here!